COMMON TERPENES IN CANNABIS/HEMP AND THEIR EFFECTS 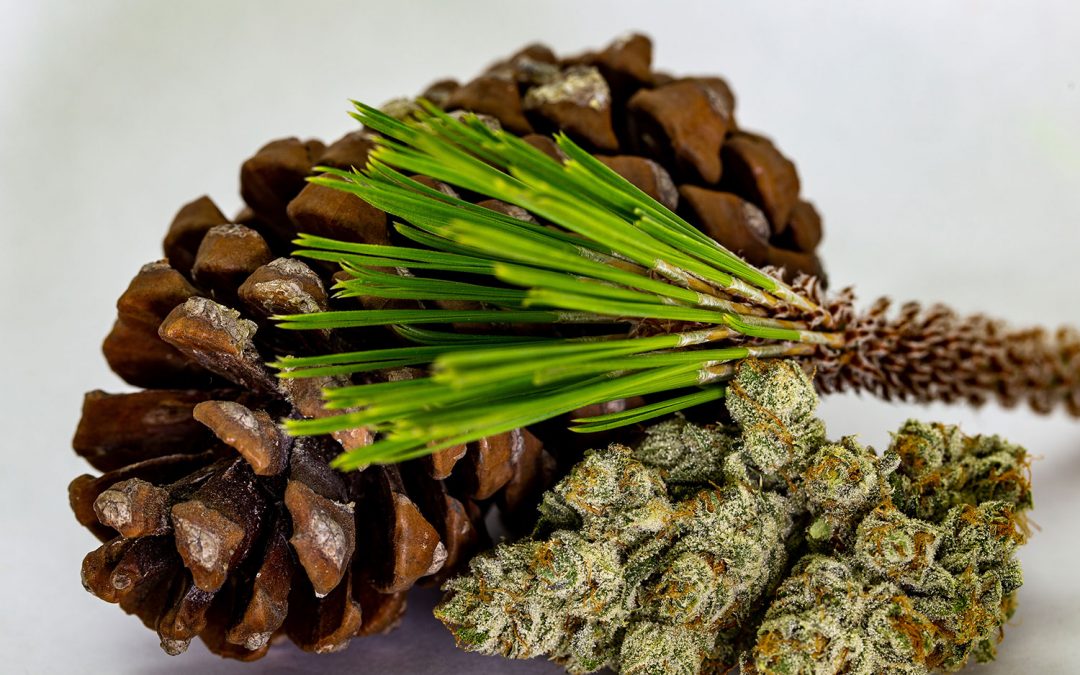 Simply put, they’re chemicals that give food and other organic substances their unique smell. Whether it’s the citrusy smell that you experience in oranges, the sweet fruity aroma from pines, or the skunky smell that is unique to cracked buds or weed, what you smell is terpenes.

If you think the usefulness of terpenes in the cannabis plant is only limited to the aromatic pleasures, then you need to think again. You may not know this, but Terpenes, especially the ones contained in the glands of the cannabis plant, have the potential to influence your medical health. In fact, you may have better chances of alleviating ailments when you use terpenes alongside your CBD.

Beta-caryophyllene is a sesquiterpene found in many plants such as thai basils, cloves, cinnamon leaves and black pepper, and in minor quantities in lavender. It’s aroma has been described as peppery, woody and/or spicy. Caryophyllene is the only terpene known to interact with the endocannabinoid system (cb2). Studies show β–caryophyllene holds promise in cancer treatment plans. Research shows shows that β–caryophyllene selectively binds to the cb2 receptor and that it is a functional cb2 agonist. Further, β–caryophyllene was identified as a functional non-psychoactive cb2 receptor ligand in foodstuff and as a macrocyclic anti-inflammatory cannabinoid in cannabis.

Camphene is monoterpene which emits pungent odors of damp woodlands and fir needles. Camphene may play a critical role in cardiovascular disease. Clinical studies have found camphene reduces plasma cholesterol and triglycerides in hyperlipidemic rats. Given the importance that the control of hyperlipidemia plays in heart disease, the results of this study provide insight into how camphene might be used as an alternative to pharmaceutical lipid lowering agents which are proven to cause intestinal problems, liver damage and muscle inflammation. This finding alone warrants further investigation.

Delta-3-carene is a bicyclic monoterpene with a sweet, pungent odor. It is found naturally in many healthy, beneficial essential oils, including cypress oil, juniper berry oil and fir needle essential oils. In higher concentrations, delta-3-carene can be a central nervous system depressant. It is often used to dry out excess body fluids, such as tears, mucus, and sweat.
Geraniol geraniol produces a sweet, delightful smell similar to roses. This makes geraniol a popular choice for many bath and body products. It is also known to be an effective mosquito repellant. Medically, geraniol shows promise in the treatment of neuropathy.

Humulene is a sesquiterpene also known as α-humulene and α–caryophyllene; an isomer of β–caryophyllene. Humulene is found in hops, cannabis sativa strains, and vietnamese coriander, among other naturally occurring substances. Humulene is what gives beer its distinct ‘hoppy’ aroma. Humulene is considered to be anti-tumor, anti-bacterial, anti-inflammatory, and anorectic (suppresses appetite). It has commonly been blended with β–caryophyllene and used as a major remedy for inflammation. Humulene has been used for generations in chinese medicine. It aids in weight loss by acting as an appetite suppressant.

Linalool is a monoterpenoid and has been described as having floral and lavender undertones. Varieties high in linalool promote calming, relaxing effects. Linalool has been used for centuries as a sleep aid. Linalool lessens the anxious emotions provoked by pure thc, thus making it helpful in the treatment of both psychosis and anxiety. Studies also suggest that linalool boosts the immune system; can significantly reduce lung inflammation; and can restore cognitive and emotional function (making it useful in the treatment of alzheimer’s disease).

Limonene is a monoterpenoid and one of two major compounds formed from pinene. As the name suggests, varieties high in limonene have strong citrusy smells like oranges, lemons and limes. Strains high in limonene promote a general uplift in mood and attitude. This citrusy terpene is the major constituent in citrus fruit rinds, rosemary, juniper and peppermint, as well as in several pine needle oils. Limonene is highly absorbed by inhalation and quickly appears in the bloodstream. Clinical studies have shown that it assists in the absorption of other terpenes through the skin and other body tissue. 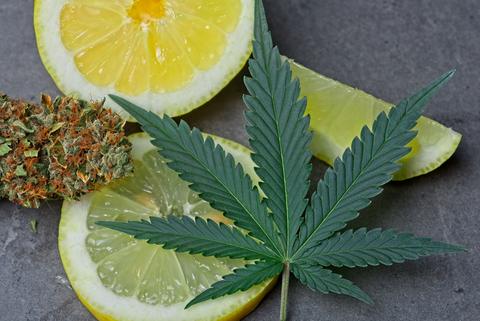 Myrcene, specifically β-myrcene, is a monoterpene and the most common terpene produced by cannabis (some varieties contain up to 60% of the essential oil). Its aroma has been described as musky, earthy, herbal – akin to cloves. A high myrcene level in cannabis (usually above 0.5%) results in the well-known “couch-lock” effect of classic indica medicinal cannais strains.

Myrcene is found in oil of hops, citrus fruits, bay leaves, eucalyptus, wild thyme, lemon grass and many other plants. Myrcene has some very special medicinal properties, including lowering the resistance across the blood to brain barrier, allowing itself and many other chemicals to cross the barrier easier and more quickly.

Phellandrene is described as pepperminty, with a slight scent of citrus. Phellandrene is believed to have special medicinal values. It has been used in traditional chinese medicine to treat digestive disorders. It is one of the main compounds in turmeric leaf oil, which is used to prevent and treat systemic fungal infections.

Akin to its name, pinene has distinctive aromas of pine and fir. Pinene is one of the principal monoterpenes that is important physiologically in both plants and animals. It tends to react with other chemicals, forming a variety of other terpenes (like limonene) and other compounds. Pinene is used in medicine as an anti-inflammatory, expectorant, bronchodilator and local antiseptic. Clinical studies indicate that the effects of thc may be lessened if mixed with pinene.

Pulegone, a monocyclic monoterpenoid, is a minor component of cannabis. Higher concentrations of pulegone are found in rosemary. Rosemary breaks down acetylcholine in the brain, allowing nerve cells to communicate more effectively with one another. An ethnopharmacology study indicates pulegone may have significant sedative and fever-reducing properties. It may also alleviate the side effects of short-term memory loss sometimes associated with long term use of thc.

A-terpineol, terpinen-4-ol, and 4-terpineol are three closely related monoterpenoids. The aroma of terpineol has been compared to lilacs and flower blossoms. Terpineol is often found in cannabis varieties that have high pinene levels, which unfortunately mask the fragrant aromas of terpineol. Terpineol, specifically α-terpineol, is known to have calming, relaxing effects. It also exhibits antibiotic, ache inhibitor and antioxidant antimalarial properties.

Terpinolene is a common component of sage and rosemary and is found in the oil derived from Monterey Cypress. Its largest use in the United States is in soaps and perfumes. It is also a great insect repellent. Terpinolene is known to have a piney aroma with slight herbal and floral nuances. It tends to have a sweet flavor reminiscent of citrus fruits like oranges and lemons.

Terpinolene has been found to be a central nervous system depressant used to induce drowsiness or sleep or to reduce psychological excitement or anxiety. Further, terpinolene was found to markedly reduce the protein expression of akt1 in k562 cells and inhibited cell proliferation involved in a variety of human cancers