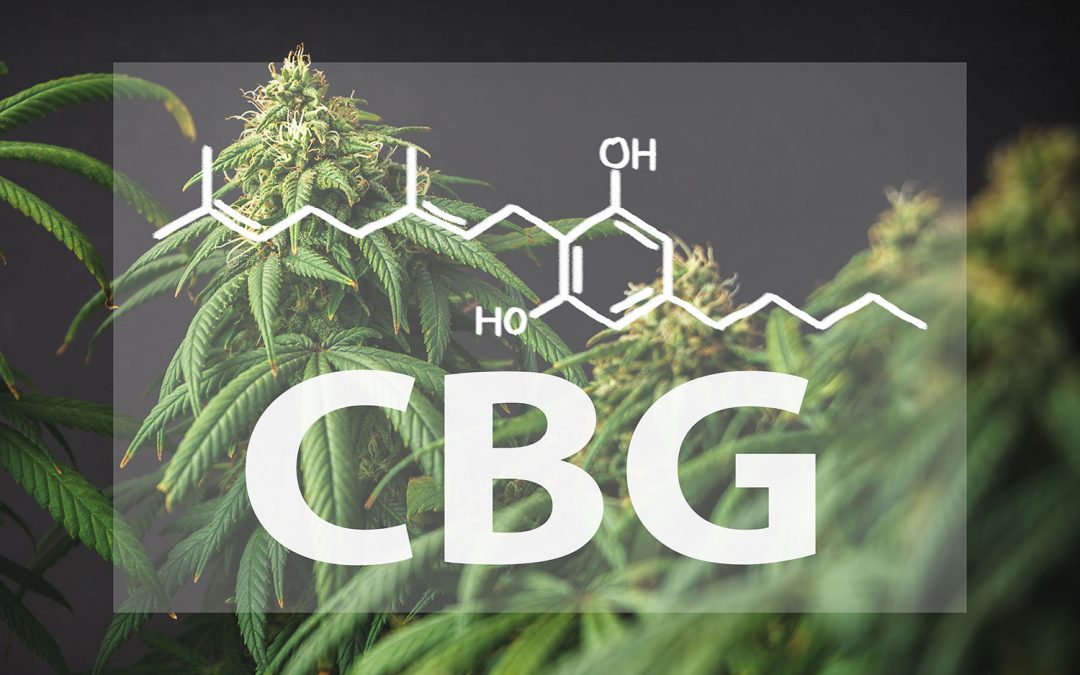 CBG (CANNABIGEROL) AND ITS HEALTH BENEFITS.

For a while now there is been a continuous progression of CBD oil’s fame across the globe. Almost anywhere you go these days, you’ll find CBD oil being hyped as the best cannabinoid extract of hemp. But we often forget that CBD oil is just one out of the 100+ cannabinoids housed in the hemp plant. Though not as popular as CBD, CBG is another non-psychoactive constituent of the hemp plant with the potential to alleviate sickness and diseases. How come you have never heard of it? well, it’s because the genetics of a typical cannabis Sativa plant contains only trace amounts of CBG (about 1%).

Although research is still ongoing CBG’s potency against some of the health challenges that we are facing today, its properties are garnering consumer appeal across the globe and it’s being looked upon by health professionals as the next CBD. If you are interested in the miraculous healing properties of CBD and you are wondering whether you can get the same health benefits with CBG. Read this comprehensive guide to learn all you need to know about CBG – Cannabigerol.

Without any further ado, let’s begin.

What is CBG – from the medical perspective?

To draw a clear line of difference between the two equally potent non-psychoactive cannabinoids of the hemp plant we have to understand the basic terms. CBG like CBD is a Phytocannabinoids (plant-based cannabinoid) found in the hemp plant. like its predecessor, CBG interacts with the cannabinoids receptors that are present in the human body network. Yes, humans produce cannabinoids too, and they are collectively known as the endocannabinoids). Just like the plant-derived cannabinoids, our bodies produce a wide array of helpful cannabinoids. But the two most-renowned ones are anandamide and 2-Arachidonoylglycerol (2-AG).

When consumed, CBG is delivered to the Endocannabinoid system (also known as the ECS), where it interacts with the CB1 and CB 2 receptors (the two principal cannabinoid receptors of the ECS). Together, these two receptors regulate the greater part of our normal functions, like appetite, inflammation, and pain.

Aside from CBD and CBG, there is a third plant-based cannabinoid. Yes, you guessed right; it is called THC (tetrahydrocannabinol). This cannabinoid is quite different from the CBD and CBG. When consumed, it can make you feel elated or high.

CBD, THC, and the known Phytocannabinoids are derived from a more complex cannabinoid, known as the CBGA (Cannabigerol acid). This cannabinoid is the antecedent of the acidic derivatives of CBD and THC. Naturally, THCA and CBDA (acid forms of THC and CBD) are extracted from CBGA, by exposing the compound to heat and time. In the end, the acid forms of both compounds are transformed into THC and CBD respectively.

It is also worth mentioning that the above-mentioned Cannabinoids are potent against sickness and diseases, even in their acidic form. What then is CBG’s role here?

CBGA is the acidic form of CBG. The latter is produced from CBGA by exposing it to heat and time (just like CBD and THC).

How is CBG any different from CBD

Being the non-acidic form of CBD’s precursor, CBG may have more to offer than CBD and THC combined. Moreover, it is a non-psychoactive compound. This means that you won’t be exposing yourself to the detrimental high effect of the infamous THC when you treat ailments with CBG. This characteristic is also shared by fellow Phytocannabinoids, CBD. As a result, both compounds may have more in common than against each other.

Although the inquisition into CBG and its potential health benefits are still in its preliminary state, CBG promises greater benefits than most of the Phytocannabinoids present in hemp. Even more than the world-renowned CBD.

In recent times, many researchers have shown interest in the healing effects of CBG, but we are yet to receive conclusive reports on its efficacy as a CB1 and CB2 influencer. Since CBG is the direct successor of CBGA, we expect that it will portray all the health benefits of the acid. Simply put, CBG is the main compound from which CBD was derived. While this may seem like an oversimplification of the truth, in reality, CBD and CBG are different compounds within the hemp plant.

There is no clear line of distinction between CBD and CBG, as they both interact with the endocannabinoid system of the human body network. In order words, both compounds can be used as an antidote for pain, anxiety, and inflammation. But that is not the main question. The main question is how potent is CBG compared to CBD?

Just like its CBD counterpart, CBG can counteract the high effect of THC, when consumed in high concentrations. CBG has also shown potency when it comes to appetite management. This unique cannabinoid can make you hungrier when consumed in high concentrations. CBG’s ability to inhibit appetite is quite different from the effects of THV (another Phytocannabinoid in hemp with the capacity to inhibit appetite), and CBD. Thus it is the ideal supplement for people dealing with weight loss problems.

While we await clinical trials and conclusive researches that will prove once and for all that CBG is an ideal medication for most of the health conditions that are plaguing our world. This is what we know so far about CBG and its potential health benefits. Disclaimer: this is not proof, just an insinuation based on the preliminary research that has been done on the subject.

1. May have antibacterial properties (especially for MRSA)

MRSA, also known as Methicillin-resistant Staphylococcus aureus is a special kind of staph infection that is resilient to conventional antibiotics like methicillin. It is often looked upon as a life-threatening bacterial infection that can cause fatality if treated with levity. In a study conducted in 2008, Cannabigerol was used to treat MRSA patients as an antibacterial agent, and it showed tremendous results. CBG’s potency against antibiotic resilient bacteria can go a long way in helping patients treat other fatal bacterial infections.

This is perhaps the major line of distinction between CBD and CBG, as the former has almost zero effect on glaucoma when used alone. THC, on the other hand, has shown potency against glaucoma. But cannot be used as an antidote for the disease, because of its psychoactive tendencies. This study provides details on research conducted on glaucoma patients that were treated with CBG in 1990. There is no conclusive research on CBG’s ability to alleviate glaucoma and intraocular pressure. So before you try it for your condition, make sure you consult your doctor.

In 2013, a study was carried out on rats with Colitis, using CBG. The results obtained from the research showed how CBG prescription alleviated the symptoms of colitis. The researchers went further to provide results on how cannabis helped manage poor appetite, nausea, diarrhea, cramping, and joint pain in IBD (inflammatory bowel disease) patients. Although, we can’t say for a fact that the isolated CBG in the cannabis plant was responsible for this amazing result. But we are pretty certain that it has a lot to do with it.

Research is still ongoing on CBG’s potency against sickness and diseases. But with the look of things, CBG may very well be the better alternative to CBD and THC combined.