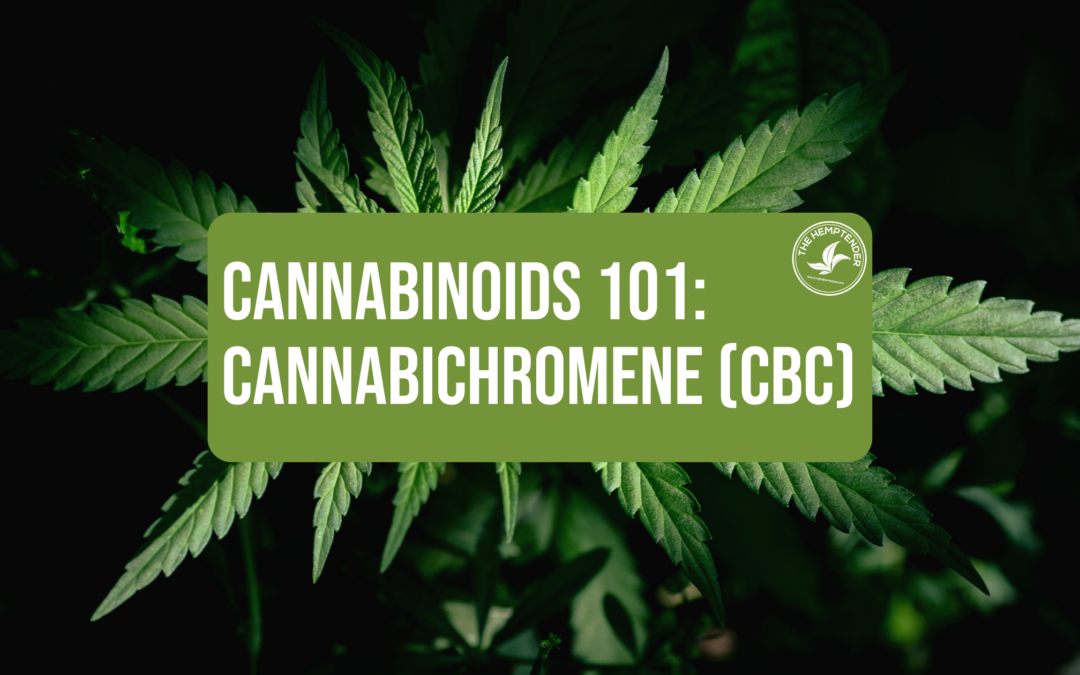 If you’re familiar with cannabinoids like THC and CBD, you’re likely aware that there are hundreds of other ones out there that come along with their own sets of potential benefits. This week we’re talking about CBC, or cannabichromene, which is a cannabinoid found naturally in both hemp and cannabis. Below we’re breaking down what it is, where it comes from, and a few of its potential effects.

What is CBC and where does it come from?

CBC, or Cannabichromene, is a cannabinoid found in hemp and cannabis. It’s the third most prominent cannabinoid found in these plants, right behind CBD and THC. Even though it was discovered in the 1960s, it’s still not very well studied as its potential effects are a little less obvious. So far, all we really know is that it offers a handful of potential benefits that might be useful against pain and inflammation.

How does CBC work?

Like other cannabinoids, CBC works by binding to the receptors found throughout the body and central nervous system— all of which make up the endocannabinoid system (ECS). The endocannabinoid system is responsible for managing a handful of background processes, like your mood, pain and inflammation responses, sleeping waking cycle, body temperature, and otherwise. More or less, it’s job is to keep your body balanced and operating at its best.

It accomplishes that by utilizing chemical messengers in the form of endocannabinoids. These naturally occurring chemicals are structurally similar to the cannabinoids found in cannabis and hemp, which is part of the reason why our bodies handle cannabinoids so well. By binding to certain receptors found throughout the ECS, CBC and other cannabinoids may trigger your ECS into responses that may help keep you balanced.

Will CBC cause you to feel high?

Like CBD, CBC is a non-intoxicating cannabinoid. While it does have psychoactive effects, it isn’t a mind-altering cannabinoid like THC, so it won’t cause you to feel high.

What are a few of the potential benefits of CBC?

Like other cannabinoids, CBC offers a handful of potential benefits of its own. While it won’t cause you to feel high, it shows a bit of potential against depression and anxiety. Some evidence suggests that CBC may be up to 10x more potent for stress and anxiety than CBD. A few other studies suggest that CBC may be helpful with:

Just keep in mind that further study is still needed to solidify any findings. Nothing in this blog is designed to be taken as medical advice, so always consult your doctor before using CBC as a supplement.

If you’re interested in trying CBC, you can opt for some of our full spectrum CBD tinctures, which are rich in CBC. Hemp-derived CBC is legal on a federal level, but keep in mind that the laws in your area may be different, so be sure to double-check the law and consult your doctor before using CBC. At The Hemptender, we’re proud to offer a fantastic line of hemp-derived CBD, CBC, and THC products. Start by shopping online or visiting us in person.